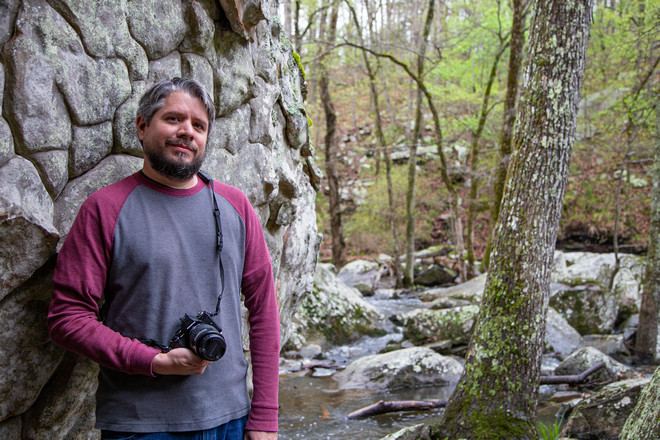 Brian Cormack is a photographer living in Little Rock. He has a BA in Communications from the University of the Ozarks and a MA in Journalism from the University of Arkansas at Little Rock. His work has toured the state nine times as part of the Small Works on Paper exhibition, which is put on annually by the Arkansas Arts Council. His work has also appeared in the Historic Arkansas Museum, and has been used by organizations such as the US Fish and Wildlife Service and the National Park Service.

2022: "Intruders In The Dirt: The Architecture and Landscape of the Arkansas Delta," an exhibition at Laman Library in North Little Rock from July to September.

2014: First place in the "This Is Arkansas" photography competition at the Arkansas State Fair.

2014: Honorable Mention in the Landscape Category of the 3rd Annual Photography Competition at the Fine Arts Center of Hot Springs.

2014: Two photographs used by the U.S. Fish and Wildlife Service.

2012: Photograph used by the National Park Service for a publication on Native Americans during the Civil War.

2010: Three photos, including one on the back cover, included in a new edition of the coffee table book Little Rock, from the Arkansas Business Publishing Group.

2010: Photograph used by the National Park Service as part of an educational sign along the Lost Valley Trail at the Buffalo National River.

2009: Photographs used for the program and posters of the Little Rock Film Festival.

2009: Photographs included as part of “We Walk In Two Worlds,” a permanent exhibit at the Historic Arkansas Museum, Little Rock.

2008: Three photographs, including one awarded as the “People’s Choice,” in Capture Arkansas, published by the Arkansas Democrat-Gazette.

2003: Photographs on display at the Arkansas Artists Gallery, Little Rock.